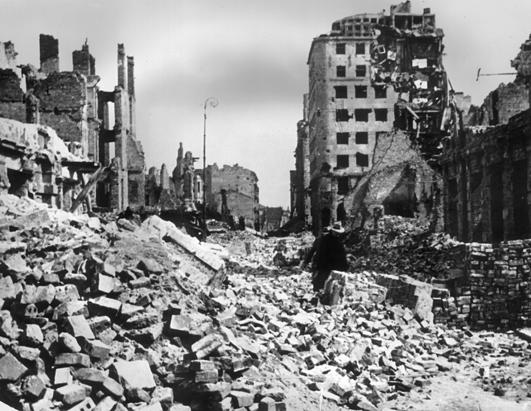 POLAND is demanding millions of pounds in reparations from Germany for its treatment of Poles during the Second World War in an “historic counteroffensive”.

Officials in the Polish Parliament are currently investigating the legal possibility of getting payments from Germany more than 72 years after the end of the war.

The move comes after Jarosław Kaczyński, leader of the nationalist conservative Law and Justice Party (PiS), last week announced Poland was preparing for an “historical counteroffensive”.

He said: “We are talking about enormous sums and the fact that Germany has refused to take responsibility for the Second World War for many years.”

Almost six million Poles died during the war after the Nazis attacked Poland in 1939.

The two countries are integral trade partners and are allies in the European Union and NATO.

Yesterday Defence Minister Antoni Macierewicz said Germans should “pay back the terrible debt they owe to the Polish people”.

He said: “There is no doubt that during the first months of the war, it was simply a slaughter, genocide.”

Ryszard Czarnecki, a PiS party member and deputy head of the European Parliament, said: “If Jews have gotten compensation — and rightly so — for loss of property, why shouldn’t we too make claims?”

Germany has repeatedly rejected demands from Poland over further reparation claims, saying Berlin made payments soon after the war.

These were stopped in the 1950s after Poland’s former communist government, under pressure from the Soviet Union, said it would not make any claims on Germany.

Germany has paid billions of euros in compensation since the war, mainly to Jewish survivors.

“Germany has made significant reparations for general war damage, including to Poland, and is still paying significant compensation for Nazi wrongdoing.”

The demands come as the EU Commission launched proceedings against Poland for infringing EU rules on the separation of powers between the judiciary and the legislature.